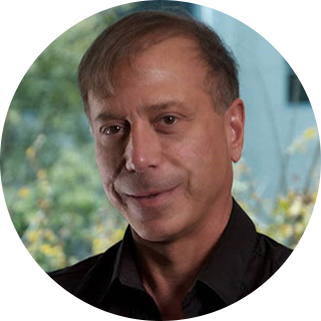 Lar began his creative trek at a very young age. By the time he was 10, his drawings, paintings, sculptures and inventions were winning awards at local creative shows. Lar enhanced his talents while attending college at the California Institute for the Arts, Yale University and Bridgeport University. His instructors noticed his gift and employed him to work on national print and collateral campaigns for well known companies such as CBS Records, 20th Century Fox, Paramount Pictures, and Twentieth Century Fox that included album covers for world famous bands, signature movie posters and special promotional projects for musicians including Michael Jackson and the Rolling Stones.

Lar went on to sharpen his skills in marketing, advertising and design while working for leading national advertising and design agencies. He specialized in the high-tech market and worked with many nationally-recognized companies including Lipton, Magnavox, Mattel, Max Factor, Motorola, Pioneer, Qualcomm, Quantum, Rubbermaid, Samsung, Seagate, StairMaster.

In 1989, he began focusing his practice primarily in the high-tech industry. With nearly 30 years in the business, Lar has established an excellent reputation as one of the top tech designers in the country. Lar’s motto is one he authored himself: “Imagination is measured by the impossible.”